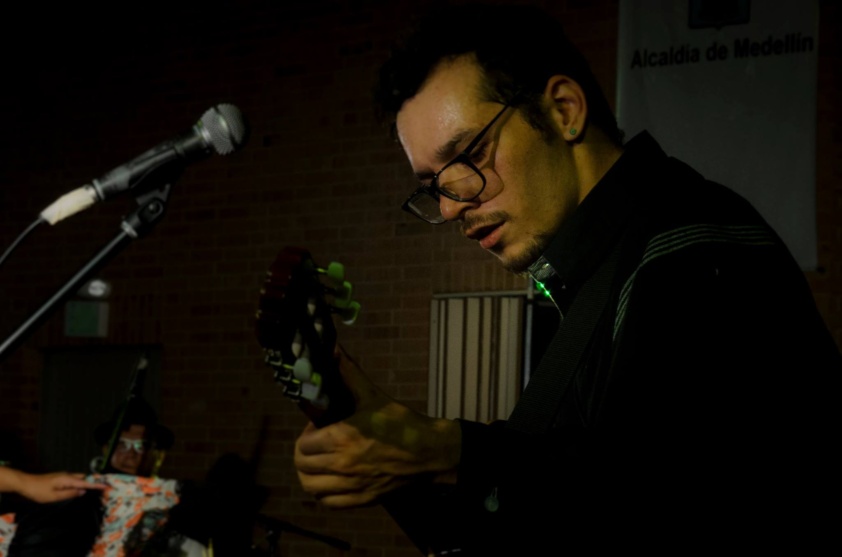 His career began more than 15 years ago with the participation
in different projects of independent music and popular genres,
such as Rock, blues, tango, pop, traditional Colombian music among other
Caribbean rhythms and world music, as well as incidental music for theater plays.
Since then He have had the chance
to participate in several studio productions as well as in many concerts,
gigs and performances in Colombia and the U.S. he also obtained two
Grants, in the city of Medellin (2012,2015) that allowed him to
produce, research and, therefore, grow as musician and as educator.
He's been sharing his knowledge since 2015 with students of all ages,
with different types of approaches, first in his home city Medellin
until 2018 when he moved to south Florida where he's still teaching guitar,
piano, violin, ukulele and singing, especially to the youngest beginners.
Throughout this endless process of learning and teaching there's one thing he's
sure of, learning is not complicated and it has to be fun; using the right tools
in the classroom and stimulating the musical perception
through exploration and interaction triggers the curiosity of the students
and enables them to experience the world from an aesthetic point of view that
allows them to appreciate, participate, and communicate through music and arts.